Identify your City Council district by typing in your address.

Determine a location's jurisdiction by searching for an address or street name.

An interactive map where you can find a park, trail, or the nearest parks and recreation amenity/facility.

Customer Outage Portal. Shows location and severity of power outages across the city.

Viewer with a default view of downtown and containing overlays and districts specific to downtown.

Find out which watershed you live in. 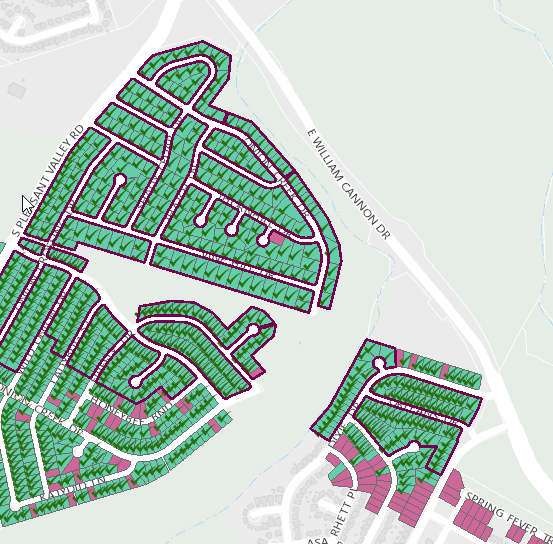 Contains a variety of useful information about flooding in Austin.

This web map will help the user get a better idea of the crime activity in areas in Austin, in hopes that the user will be able to make a better informed decision on their desired destination.

This application is a mobile friendly web map for crime incidents. It helps the public get a better idea of the crime activity in their area so they can make more informed decisions about how to stay safe.

The City of Austin Cartographic Style Reference is a comprehensive guide that details the design properties for the majority of layers contained in the city's GIS. The guide itself is a lightweight html application that reads a configuration file and displays the style properties of any map service listed within

In Austin, Texas, like many places, the numbers of trees in neighborhoods mark a divide of race and income.

For Austin, the correlation can be seen in tree canopy maps that city staff have overlaid with demographics and other data using a geographic information system (GIS). In west Austin—the area west of Interstate 35—tree canopy covers 78 percent of the land. In east Austin, tree canopy covers only 22 percent.